MINI is the new main sponsor of the gamescom merch area as well as the official mobility partner of gamescom and will exclusively present the MINI Concept Aceman with Pokémon Mode at the world’s largest games event in Cologne. The most coveted One-Off for MINI fans and gaming enthusiasts is the first result of the collaboration between MINI and Pokémon. 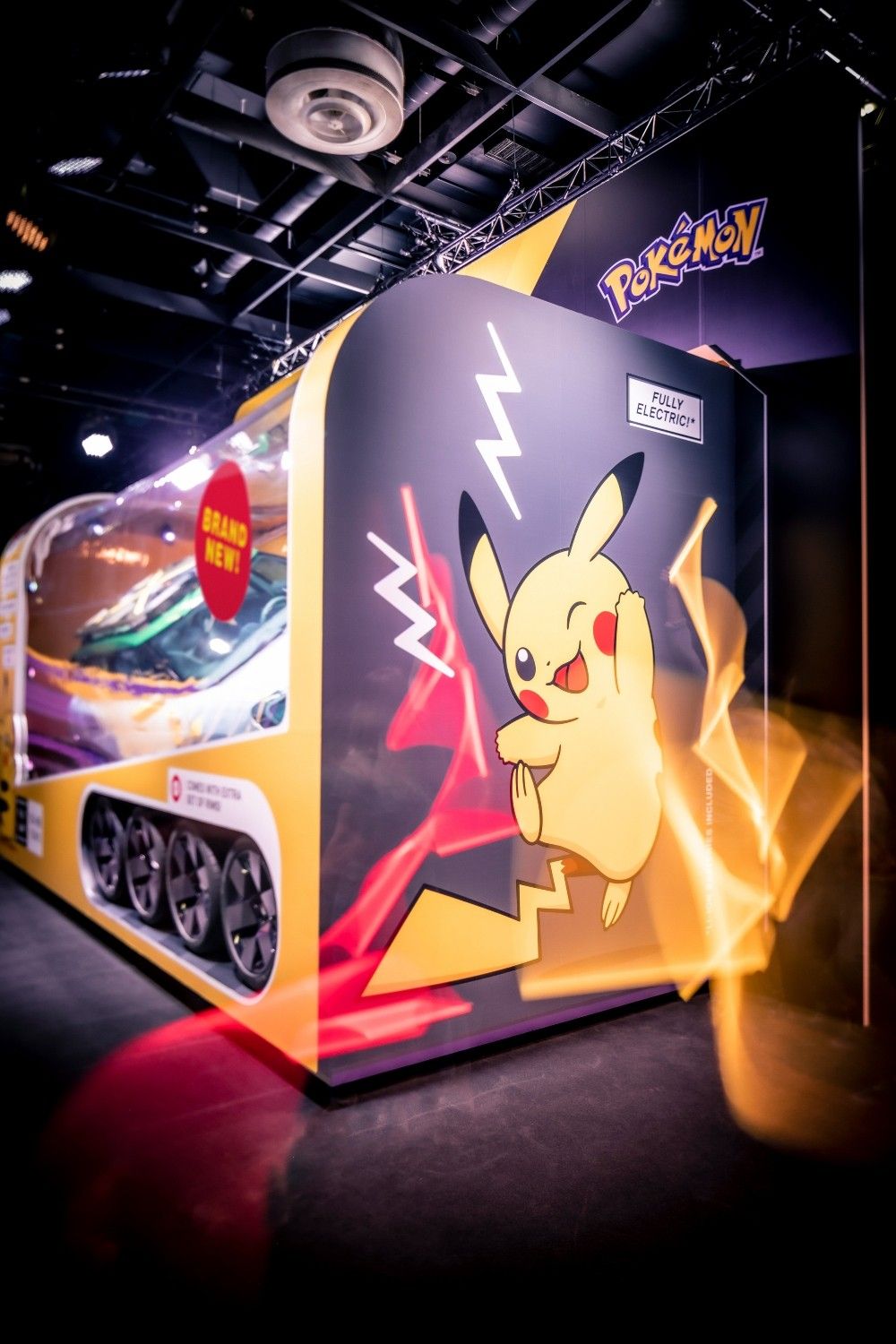 Munich/Cologne. MINI will be the main sponsor at this year’s gamescom in Cologne. From 24 August to 28 August 2022, the convention will gather gaming fans from all over the world on 220,000 square metres of exhibition space, around 1,100 exhibitors and hundreds of thousands of gaming fans from all over the world. MINI is the main sponsor of the gamescom merch area “powered by MINI”and the official mobility partner of gamescom 2022. With its commitment, the company is the first non-endemic sponsor from the automotive sector of the world’s largest games event and is living up to its brand promise to enrich the lives of MINI fans with joy and variety. 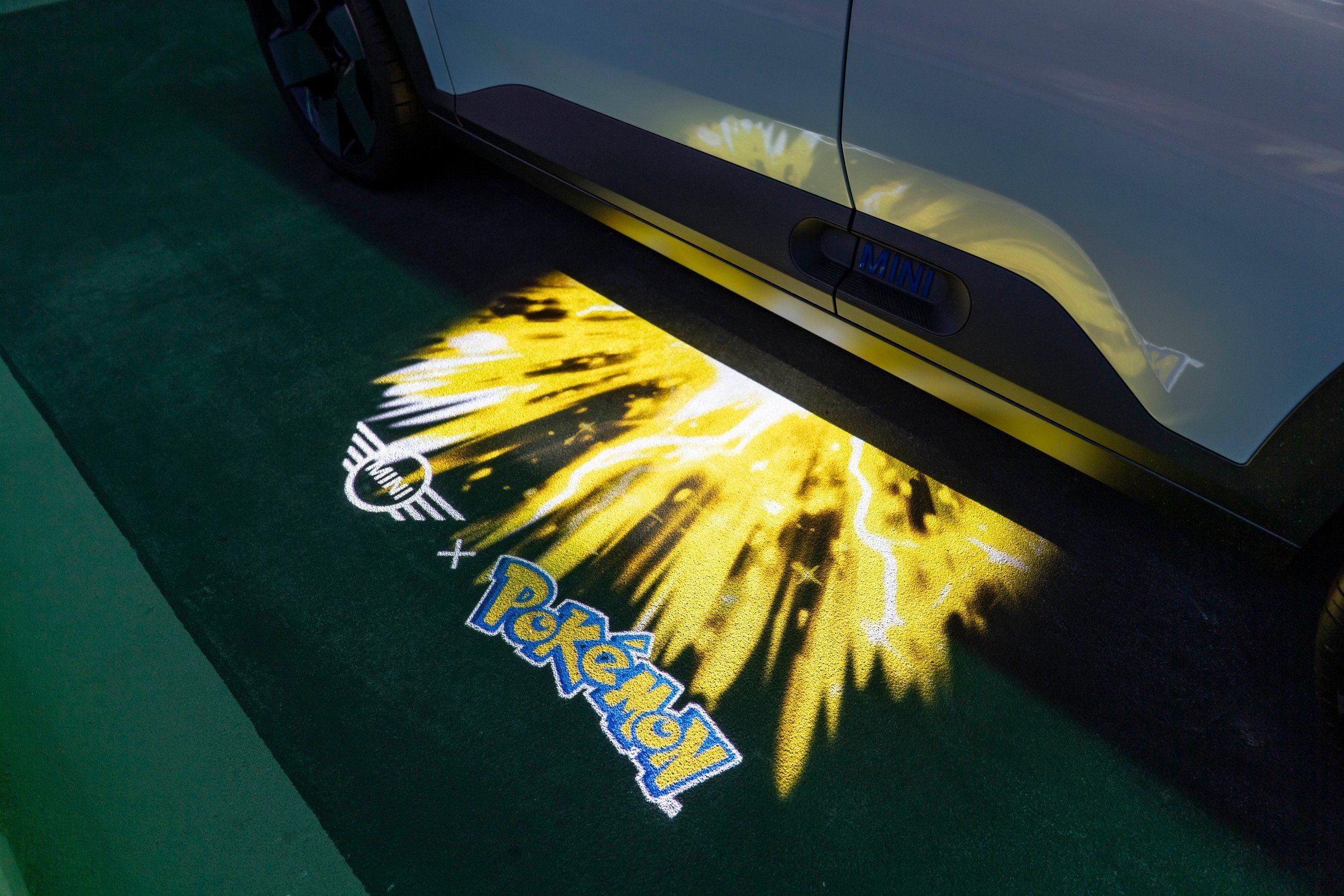 “A major feature of MINI is the positive and future-oriented approach to individual mobility as well as the distinctive design of the vehicles. Gamification will play an increasingly important role in the MINI of the future and offer a unique experience for our customers. In cooperation with Pokémon, the shared joy of the franchise brings two iconic characters, that are a perfect match, together with millions of fans. This is how we reach a whole new target group at gamescom 2022, as an event for modern fandom, gaming and pop culture,” says Stefanie Wurst, Head of MINI.

The main sponsorship of the exhibition hall, which is geared towards exclusive collectables, is therefore an ideal way for MINI to connect with the enthusiastic gaming scene. The various limited MINI editions also make the hearts of loyal fans beat faster time and again and quickly become coveted collector’s items. 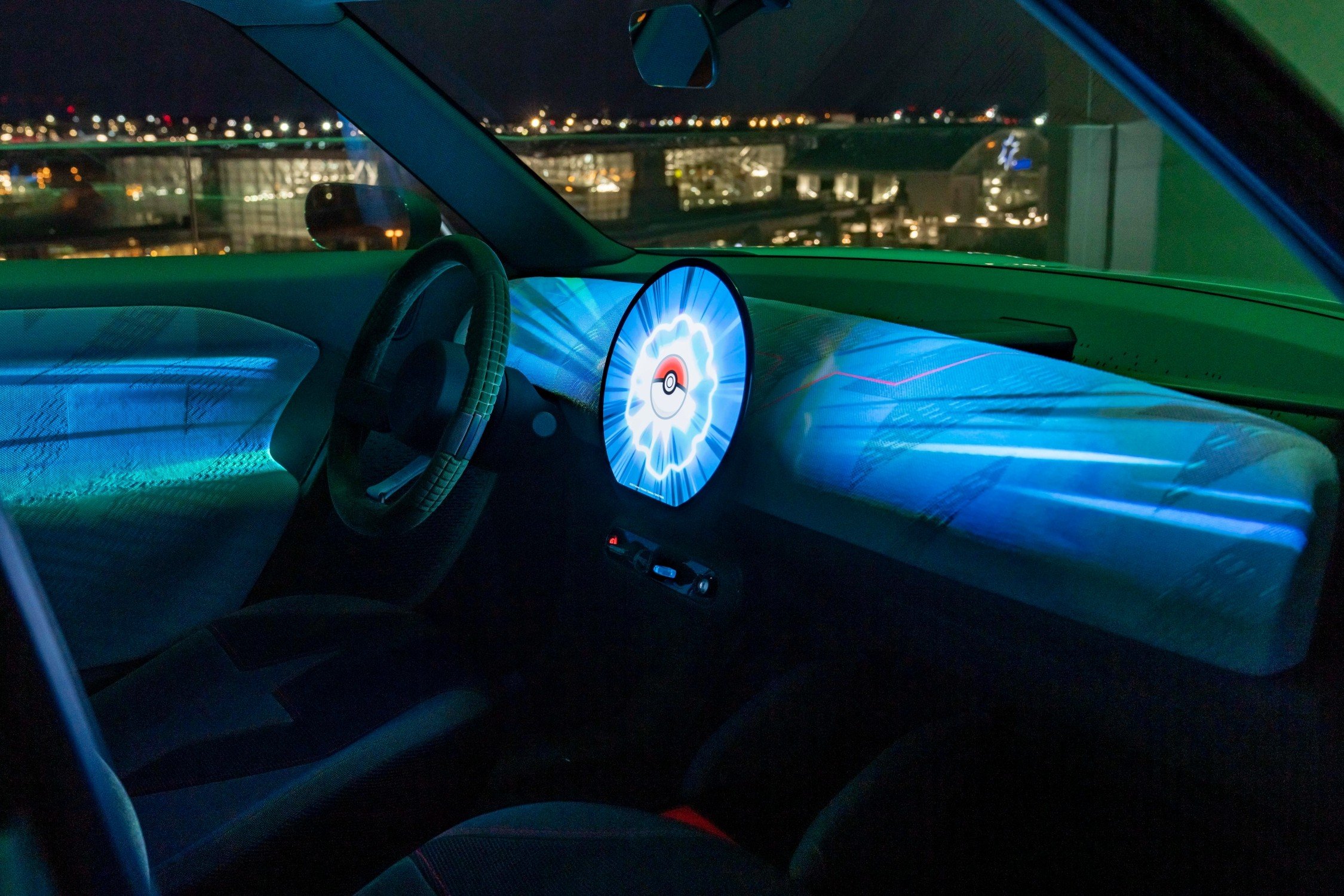 The vehicle concept of the MINI Concept Aceman is characterised by a playful, novelty-seeking approach to challenges. The brand’s authentic driving fun uniquely inspires and brings together a steadily growing MINI fan community worldwide – for example at the MINI Community Meetings that take place all over the world. Gaming fans are also enthusiastically diving into ever new worlds and actively shaping the story of their heroes. At gamescom 2022, that is why MINI is encouraging all fans to continue playing with the “PLAY ON!” campaign and is promoting an open and diverse society with playful enthusiasm. Visitors to gamescom 2022 can relax on the numerous seating areas in Hall 5.2 at Stand B10 / D19 in the MINI Arena, recharge their own energy stores with water and popcorn, while bringing their smartphone back up to 100 percent at one of the USB charging stations and listening to DJ sets. 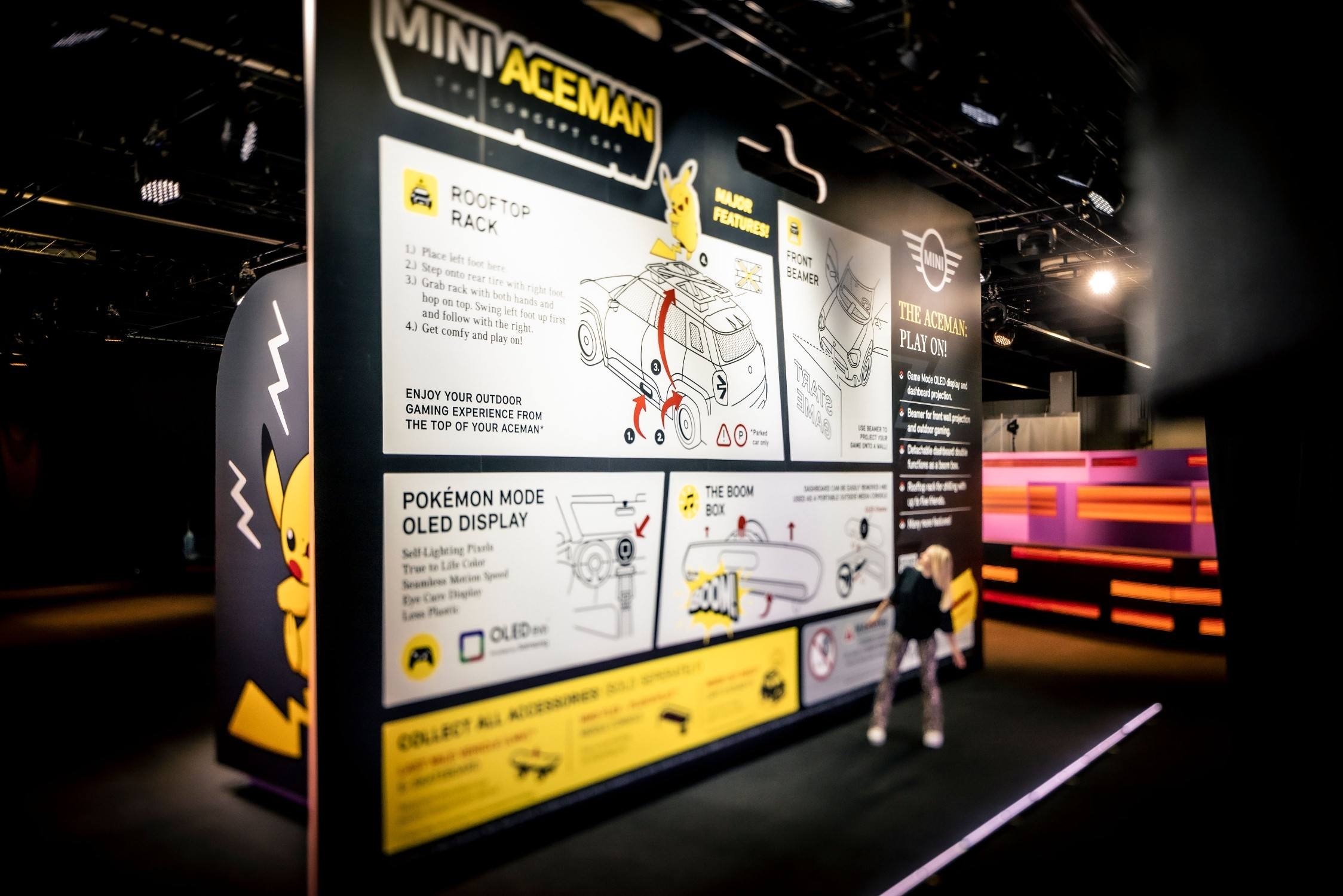 The MINI Concept Aceman is full of surprises
Visitors to the gamescom merch area powered by MINI can discover the MINI Concept Aceman featuring an additional exclusive vehicle mode. During gamescom, Pikachu, the iconic character from Pokémon, takes over the OLED display as the new central instrument when operating the Experience Mode toggle.  Through advanced projection technology, the animation also extends across the dashboard, front doors and apron projection. In the animated loop, the Poké Ball first appears in the OLED display and moves, then opens in a blue glow that moves impressively from the OLED display via the dashboard and the light bar of the doors as well as the apron projection through the vehicle interior. In another loop, Pikachu appears in the display at the start. The famous electric Pokémon launches a bright yellow lightning attack that also travels through the vehicle via the interior doors as well as the apron projection.

The design team behind the MINI Concept Aceman have also created an exclusive MINI Art Toy to coincide with gamescom 2022. Like the concept car, the MINI Art Toy embodies agility and a self-confident presence. The X-O symbols, for example, are reminiscent of the interior design as well as the playfulness of the MINI Concept Aceman and are a perfect fit for gamescom and the huge gaming scene in attendance. 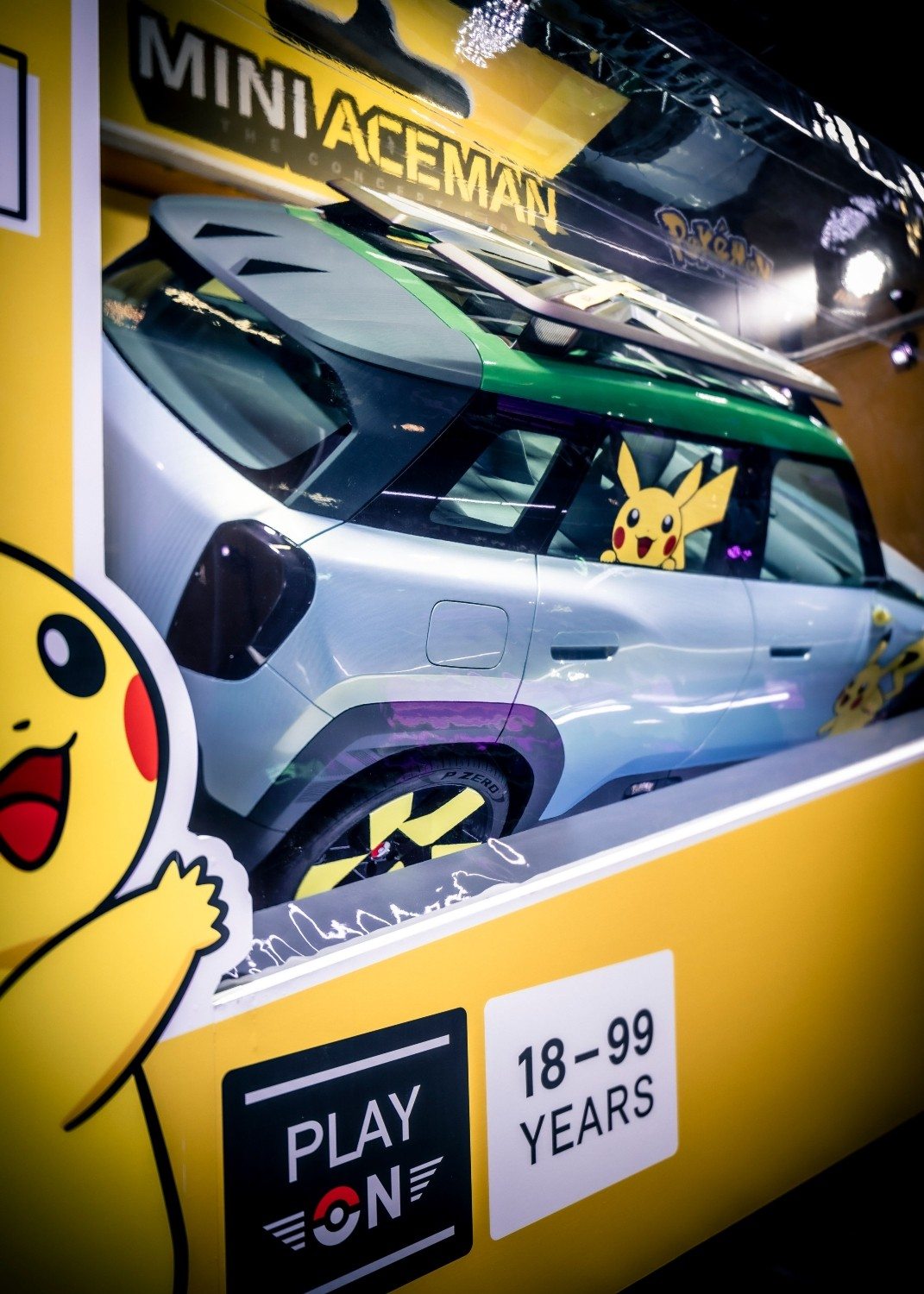 Pokémon is one of the most successful entertainment franchise which first launched in 1996 in Japan, with the release of Pokémon Red and Pokémon Green. The video games capture the wonder of discovering, collecting and training Pokémon when taking on the role as a Pokémon Trainer. MINI could not have chosen a more suitable Pokémon than Pikachu for the cooperation. After all, the iconic Pokémon is small, special and and has electric abilities. With the fifth model generation, MINI is consistently pursuing the path of electrification and will be a fully electric brand by the early 2030s. Sales of the MINI Electric almost doubled last year, showing that the MINI community is growing and moving more and more in the direction of electric mobility. 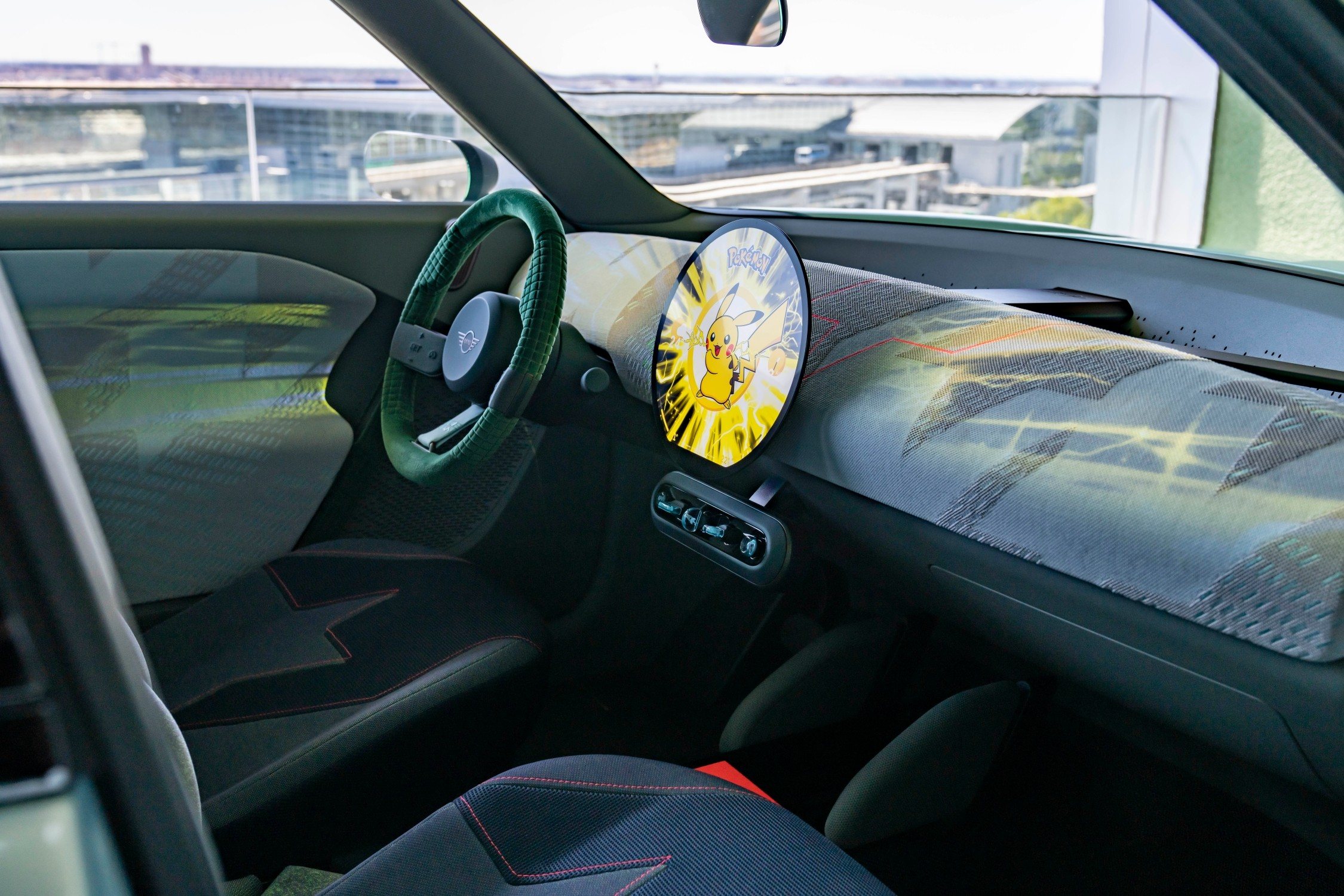 The MINIverse focuses on shared fun
Parallel to the premiere of the MINI Concept Aceman at gamescom, the company is launching the MINIverse and creating a fascinating digital world in which the MINI community can playfully discover the new concept car. Various excitingly designed digital city districts as well as numerous interaction options and gaming elements invite you to explore the MINI Concept Aceman. The virtual world can be accessed simply via URL on the smartphone and on the desktop, without having to install anything else. Varied multiplayer games offer MINI fans the opportunity to meet up on the online platform and experience the digital world full of BIG LOVE together.

Together with the MINI Concept Aceman in the exclusive “Pokémon Mode” and as the ultimate Action Pack Collectable, MINI is underlining its commitment at gamescom 2022 and promoting a playful view of the world.