The Honda Ridgeline Getting Off-Road in Vegas!

After finding repeated success in the unlimited V6 Truck categories, the Honda Off-Road Racing Team made the big jump to the headline unlimited V8 class this weekend in the Best in the Desert Method Race Wheels “Casey Folks” Vegas to Reno off road point-to-point race in the Nevada desert.

Competing in BITD’s V8 “Trick Truck” class, but utilizing the same V6-powered Ridgeline that scored four consecutive Class 7 (unlimited V6 truck) wins last year – including victory in the Baja 1000 – team owner/driver Jeff Proctor and navigator Evan Weller got off to a strong start. However, a flat tire encountered when passing another competitor, followed by fuel vapor lock issues forced the duo to reduce their pace mid-race.

Handing off driving and navigating duties to Richard Glaszczak and Josh Sachin mid-race, the Ridgeline continued without any further issues to finish 14th in its inaugural run in the premier class.

Quote
Jeff Proctor (team owner/driver Honda Ridgeline Baja Race Truck) finished 14th in the “Trick Truck” class for unlimited trucks: “Our goal was to show that this Honda V6 truck can be a contender [in the unlimited truck category]. This team worked so hard to get here, and worked hard all day long. We had three flawless, pit stops for tires and fuel, so really, really happy with the entire crew, and my navigator Evan [Weller] did a heck of a job out there. We pushed this Ridgeline as hard as we could. It was a great test for us to gauge TT race pace. I know we can reach our goal of a top-10 in TT with the Ridgeline, it just wasn’t in the cards for this race. A tough race just makes us dig deeper to find those small things we need to reach our goal.” 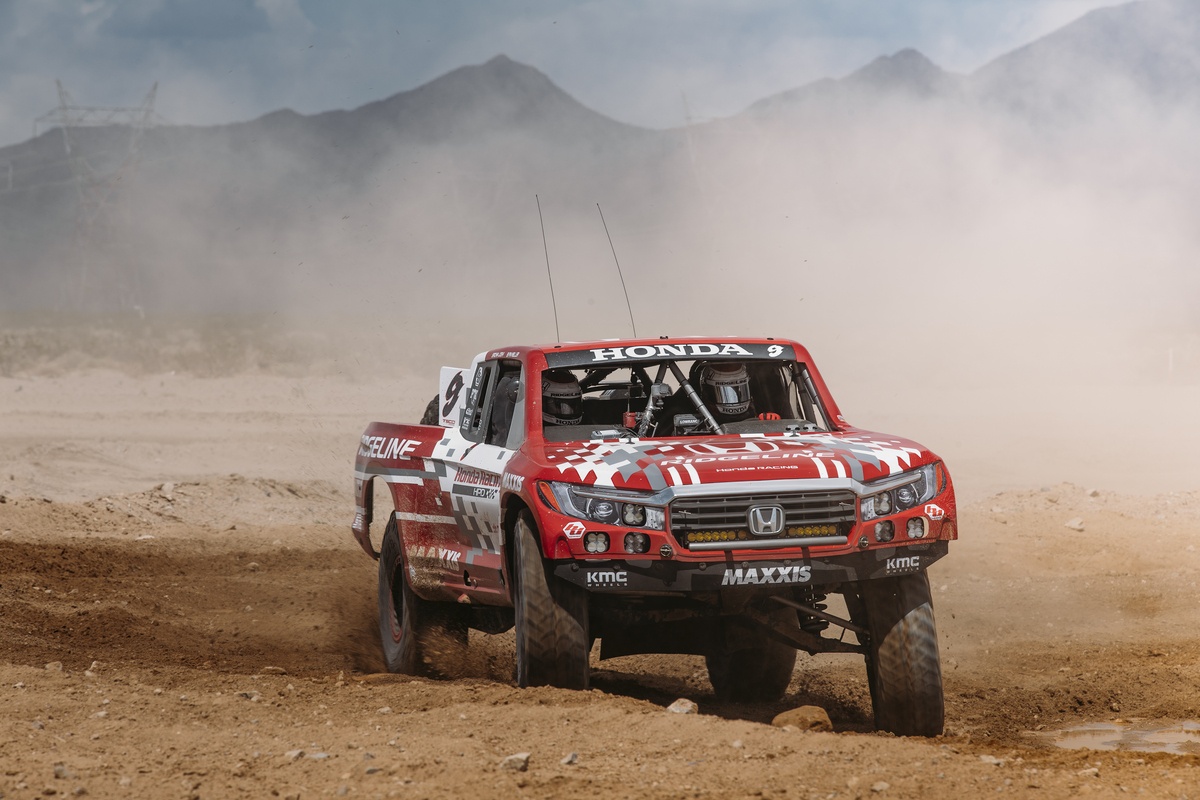