Honda is One Of the Most Energy Efficient Auto Brands 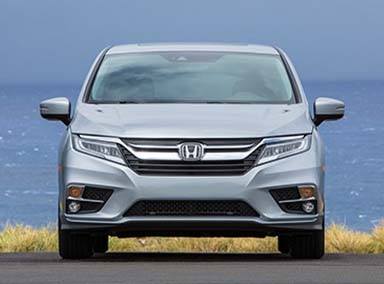 All eight of Honda’s U.S. auto plants, including those building vehicles, engines and transmissions, have earned the U.S. Environmental Protection Agency (EPA) ENERGY STAR Certificate for Outstanding Energy Efficiency for the second year in a row, working toward the company’s global goal to achieve carbon neutrality, zero carbon emissions, by 2050. Honda is the only automaker to earn the EPA distinction for energy efficiency at every mass production auto plant it operates in the U.S.*

Through the company’s Green Factory initiatives, Honda is working comprehensively to address the environmental impacts of product manufacturing, including water use, energy use, waste and emissions. Honda has reduced the CO2 emissions intensity of automobile production in North America by 12% since 2012 and has cut landfill waste from manufacturing by 90% since 2001. The company also is moving toward the use of renewable wind and solar power for the vast majority of the electricity it consumes in its manufacturing operations.

“Promoting energy-efficient and sustainable business practices is something we are very focused on at Honda,” said Jeff Waid, who leads Honda’s Green Factory efforts in North America. “The ENERGY STAR certificate the eight plants in the U.S. earned this year demonstrates our commitment to create environmentally-responsible practices. All of our plants completed different projects to improve overall energy efficiency, and we are honored to earn these awards from the U.S. EPA.”

ENERGY STAR was introduced by the EPA in 1992 as a voluntary, market-based partnership to reduce greenhouse gas emissions through energy efficiency. To date, tens of thousands of buildings and plants across all fifty states have earned the ENERGY STAR.